Damn Good Liars is the result of guitarist and co-producer Steve Jenner’s enduring ambition, his long-standing friendship with producer and multi-instrumentalist Ian Turner, who combined their respective craft of synth mastery and guitar ingenuity to create a flawless foundation for the sullen and silky vocals of lyricist and vocalist Lisa Harrison, and her performing alias Ellis Turner, who teamed up with the duo after an industry nod to find some vocals and move the project into band status. Their first single, Station Wagon Motel Chic, was released in May and the proceeding EP in June 2021; the music and lyrics for which were recorded strategically amidst the height of Covid-19 restrictions, with Ian and Steve recording at Pearces Farms Studios in Berkshire and Lisa at her home in Somerset.
Their first single Station Wagon Motel Chic quickly gained momentum solely through social media, and in its first month of release saw plays on Amazing Radio and BBC Introducing / BBC Radio Berkshire.

Indie pop band Damn Good Liars proudly represent their British rock roots with a transatlantic sensibility, mentored by Lindsey Troy of California-based rock band Deap Vally. Producers Steve and Ian, and vocalist Ellis are in their second year of writing and recording, with intentions to feature on the global music scene. 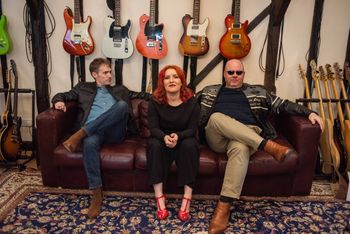 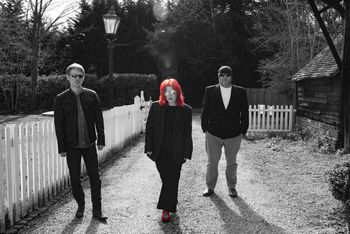